The Robes Of Justicia © Alyson Shotz 2021, eight glass smalti mosaic tile “wedges”, each about 25’ high x 13.5’ wide, in the rotunda of the Fred D. Thompson Federal courthouse in Nashville,TN

” The goddess Justitia was the personification of justice in ancient Roman art, and in this mosaic installation, the folds of her robes whorl around the central oculus like folds of wind and the space that surrounds us, a metaphor for the protection of justice and the work of the law as it is supposed to be realized in the United States of America.” 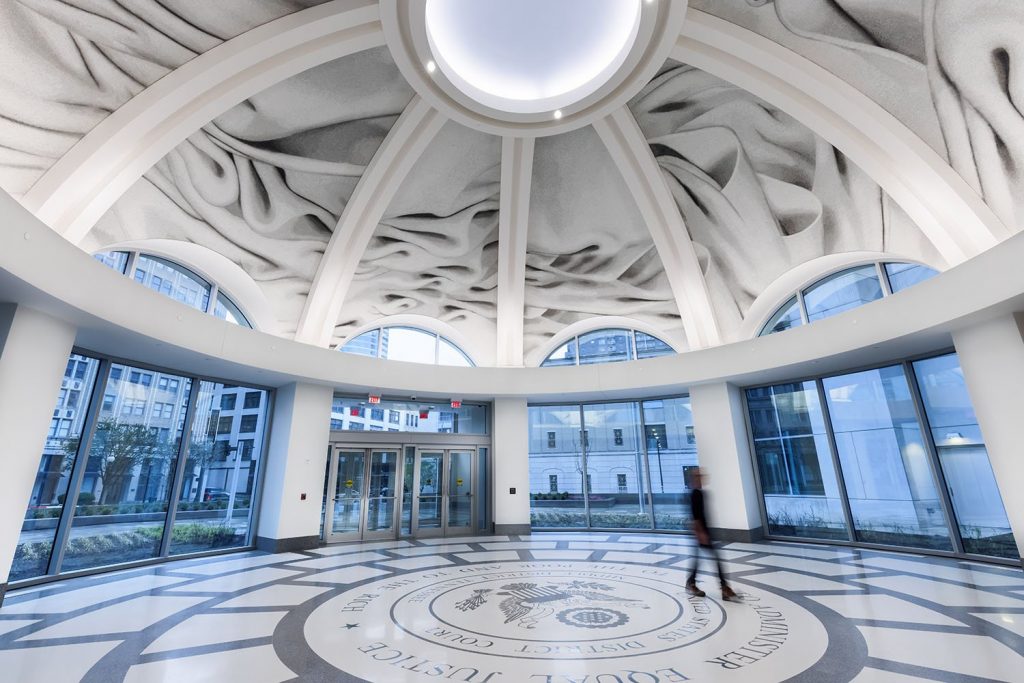 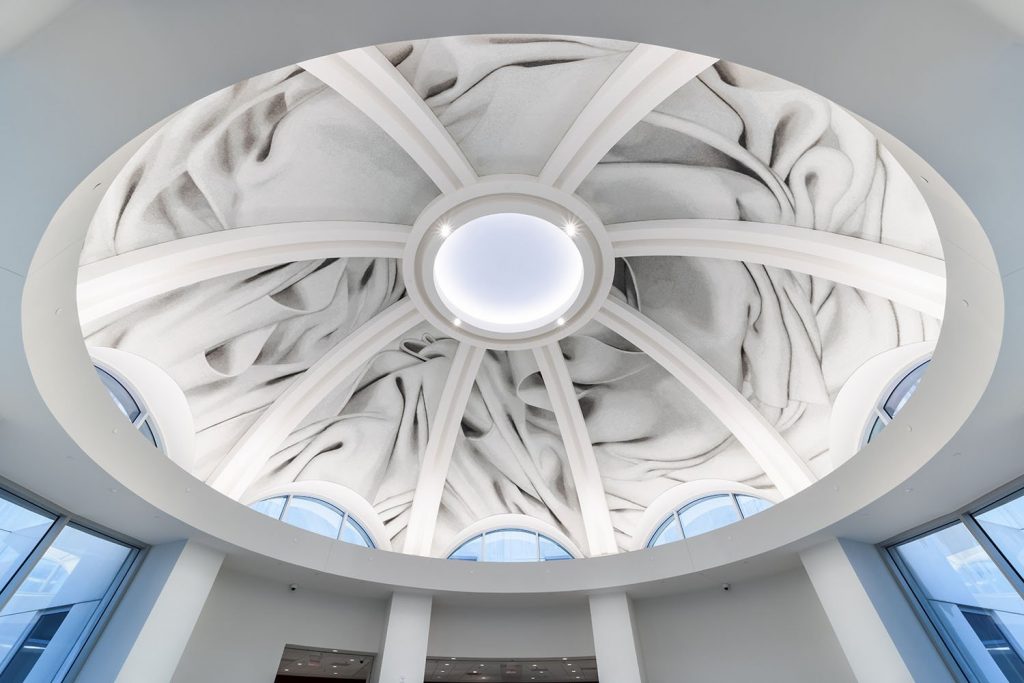 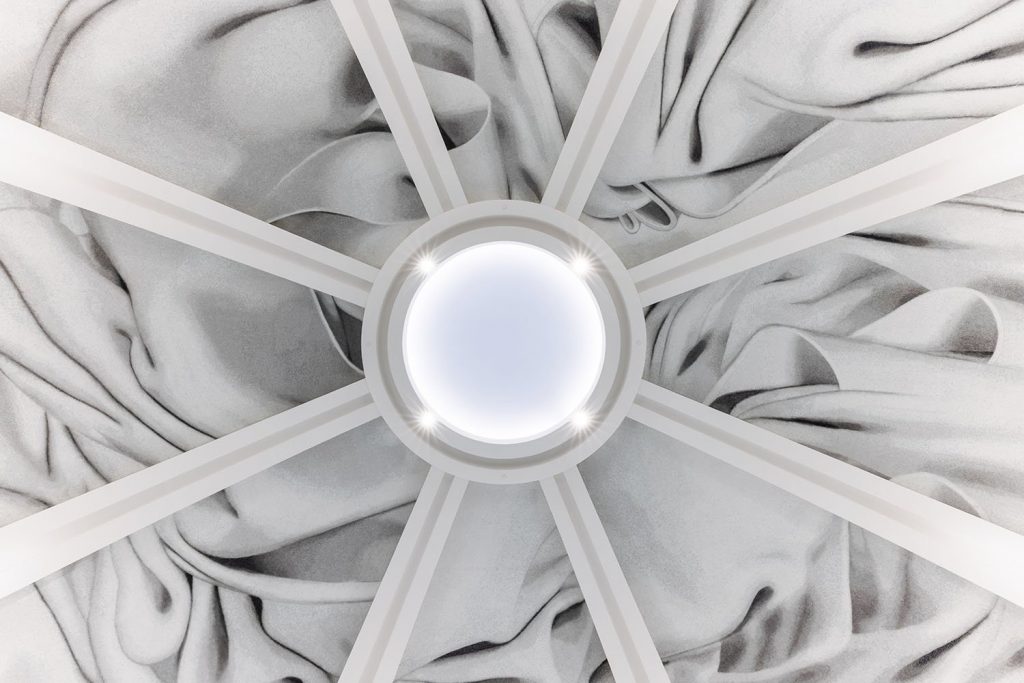 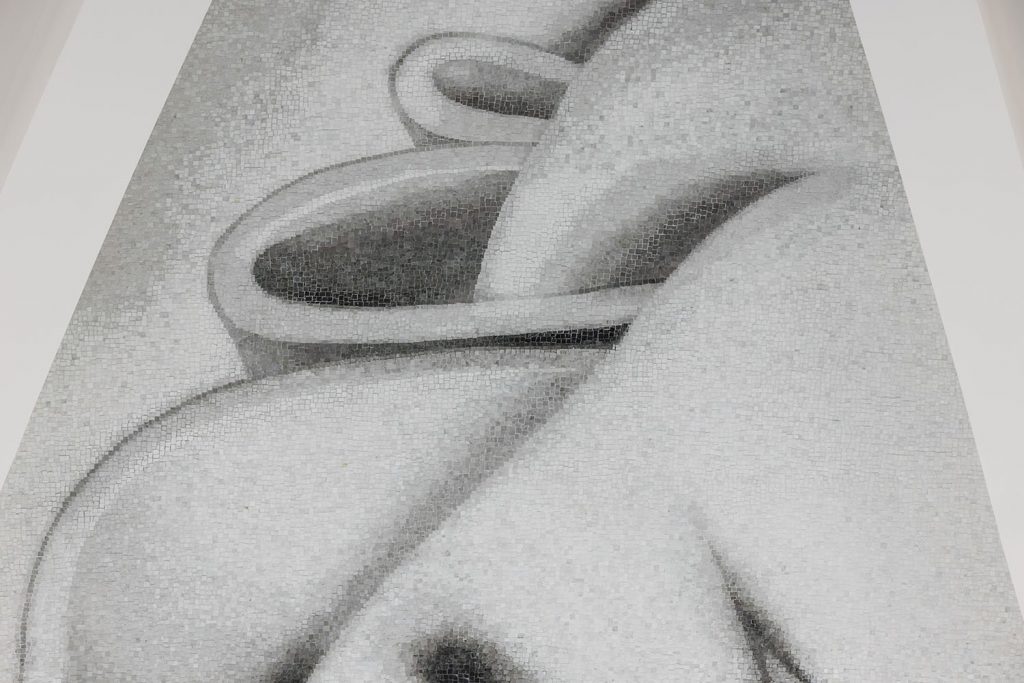 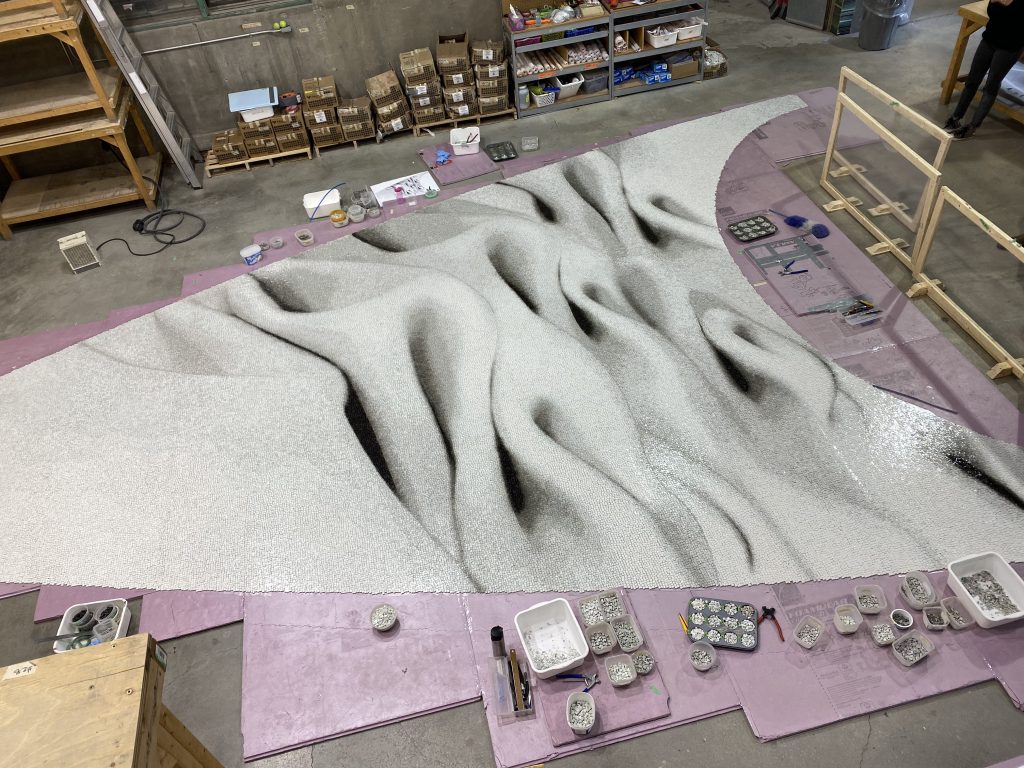 District Judge Aleta Arthur Trauger, who was involved in the courthouse project, said, “Visitors are immediately enveloped by the mosaic in the rotunda as they enter the new space, which personifies the goal on the rotunda’s terrazzo floor ­ ‘To Administer Equal Justice to the Poor and to the Rich.’”