Commissioned by the Federation CJA

The figurative four corners of the earth are drawn together within a pattern of shofars and banners reflecting the four trees of the Kabbalistic spherot. This motif is echoed as a design element in each of the other three mosaics. Here they are united through the image of four candelabra drawn in a style reminiscent of the one use in the Bet Ha’Mikdash . Each branching outward in one of the four directions they remain waiting to be lit by our actions. 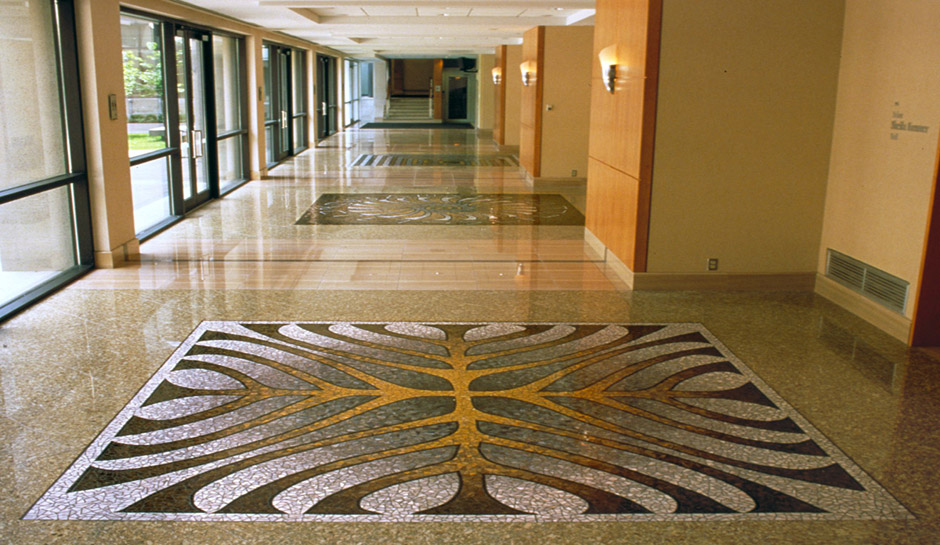 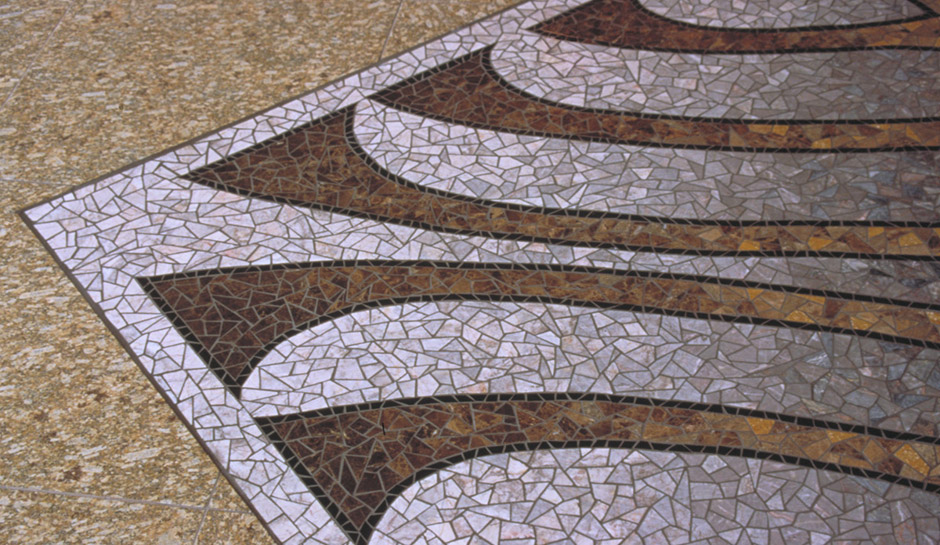 Here the twenty-two letters of the Hebrew alphabet are drawn in ancient script. The inclusion of the letters on the outer edges of the spiral refers not only to the will of language and culture necessary to the labyrinthine task of in gathering the exiles, but also to the mystery of the twenty-two pathways linking one sefirah to the other in the Kabbalistic trees and within the four worlds of creation. 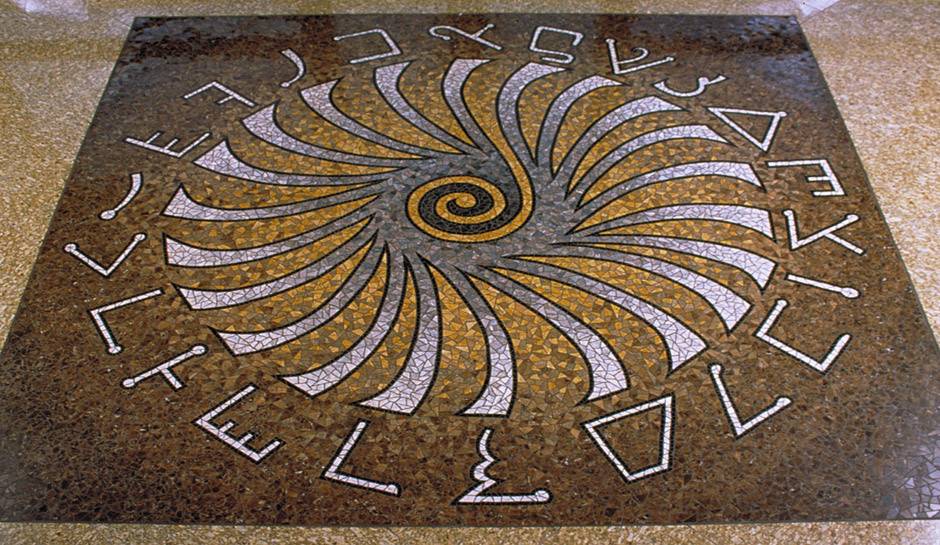 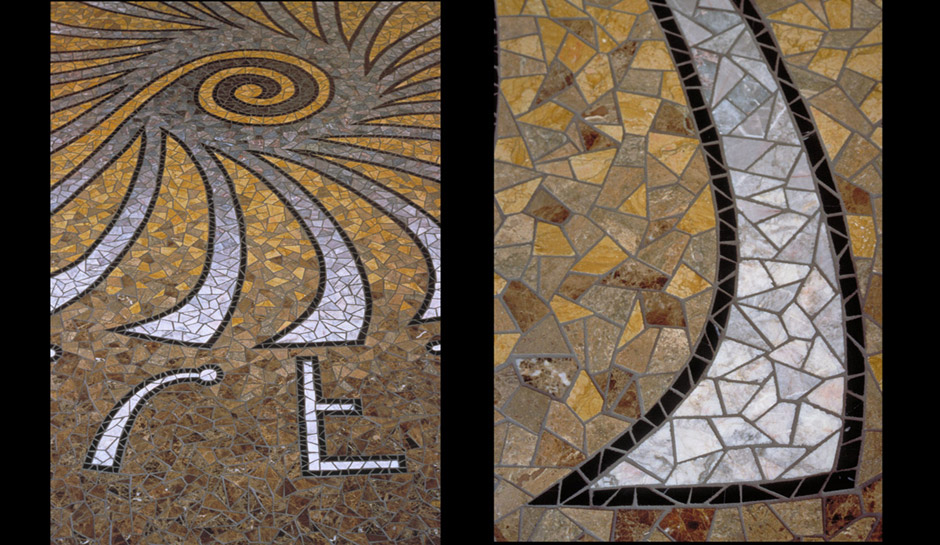 Based on a diagram from Pardes Rimmonim by Moses Cordovero, 1592 (Cracow) the initial letters of all the ten Sefirot have been placed in order, one inside the other with Keter, the Crown enclosing all and Malkhut, the Kingdom at the very centre. 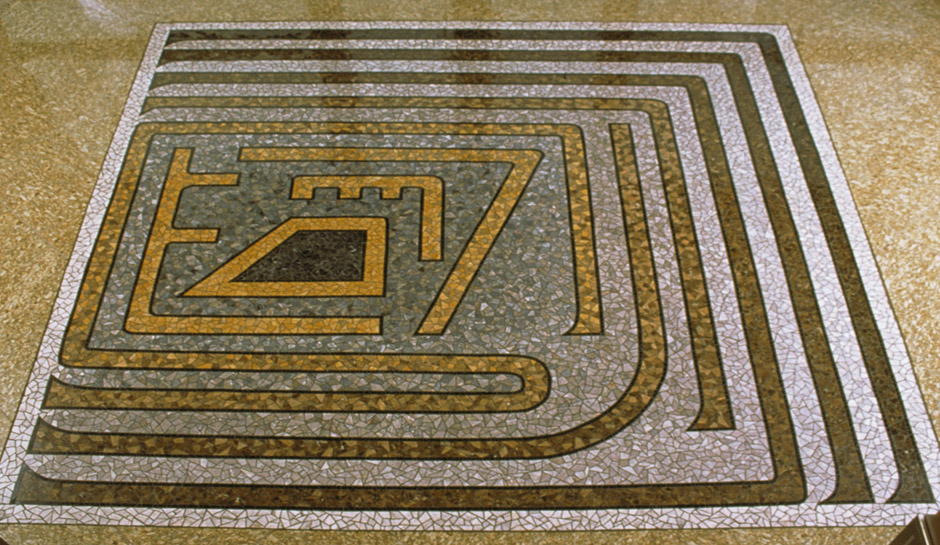 Four Stars of David drawn one on top of the other each pointing in one of the four directions form twelve points around the periphery of the square alluding to the twelve tribes. Here too, the four worlds referred to in the Kabbalah are represented as different yet interconnected dimensions in time and space. 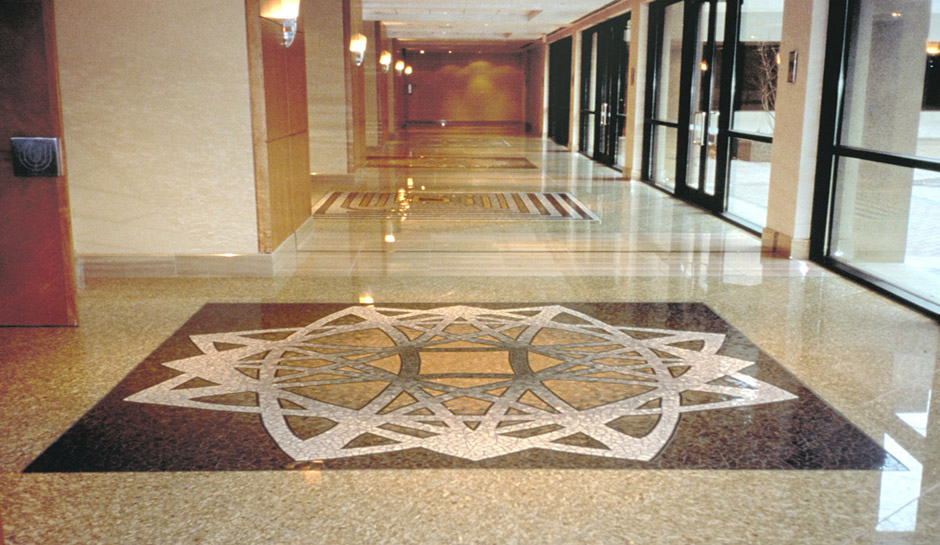 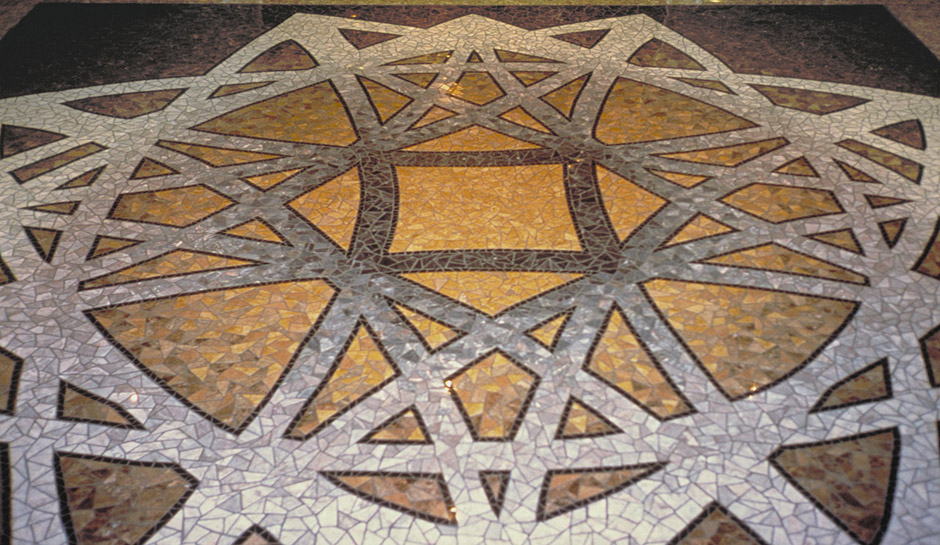