Commissioned by the City of Stockton

The Bob Hope Theatre (originally Fox California Theatre) was designed as a movie palace by Balch & Stanberry and opened its doors in 1930. The original colours in this fantasy movie palace, which drew on Spanish Renaissance and Baroque palace architecture, had clearly shifted away from the 1930s palette. Metallic finishes were tarnished and some of the distinctive patterns had been painted over. EverGreene restored the interior décor of this historic theatre to its original appearance and reconfigured the production facilities for touring live theatre.

The centrepiece of the lobby floor is a mosaic designed by EverGreene artists, a separate project that was selected in a public art competition by the City of Stockton.

The design is in a Baroque theatrical style, featuring a sea god and water, to evoke Stockton’s links with the sea. 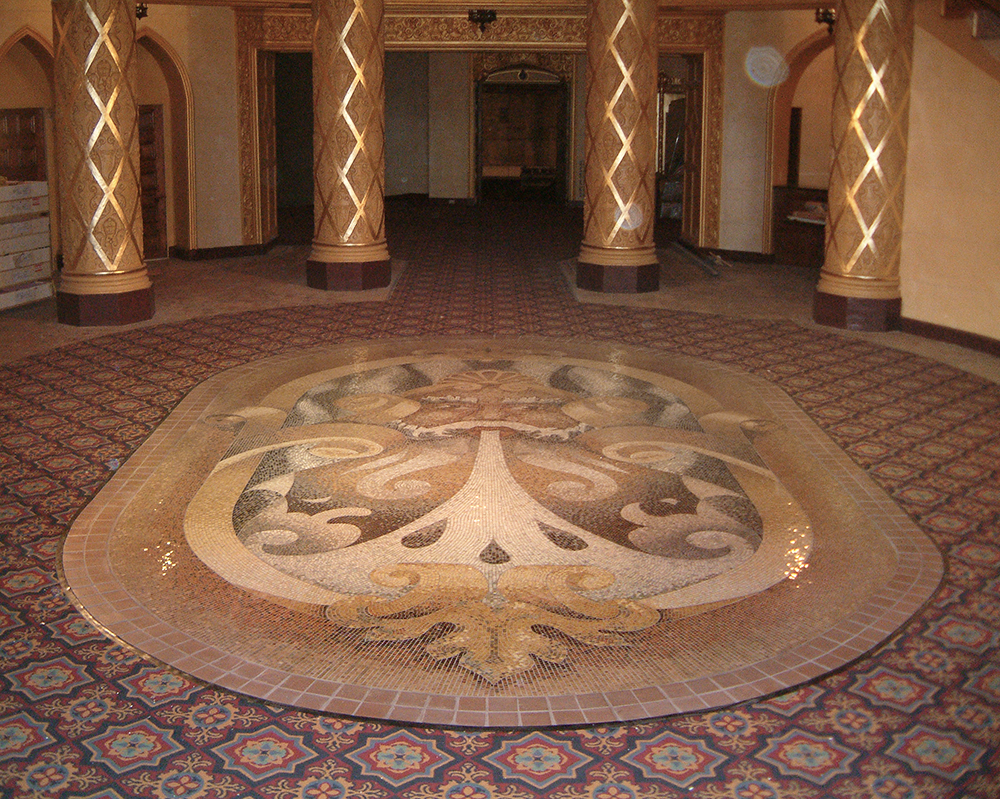 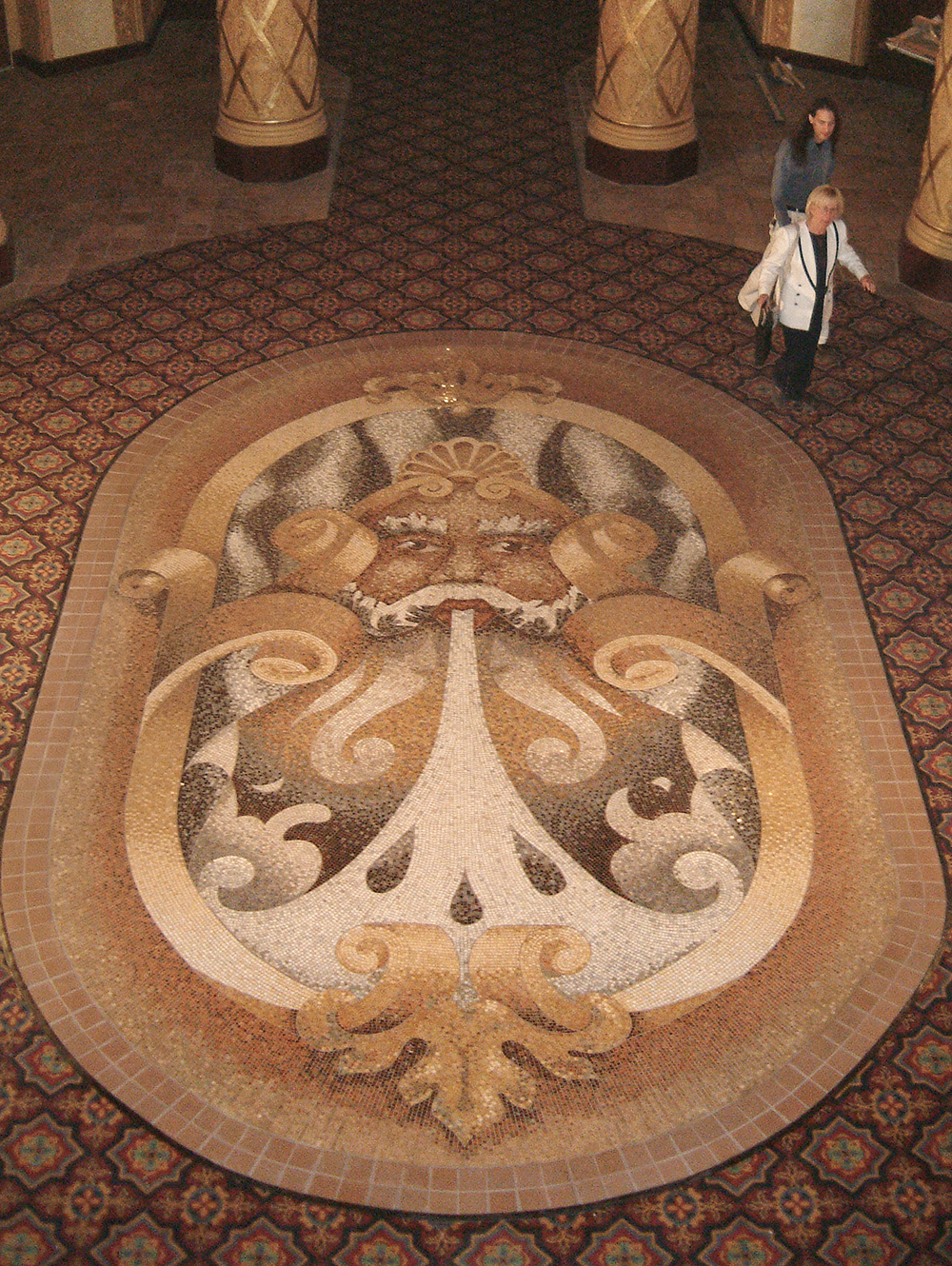 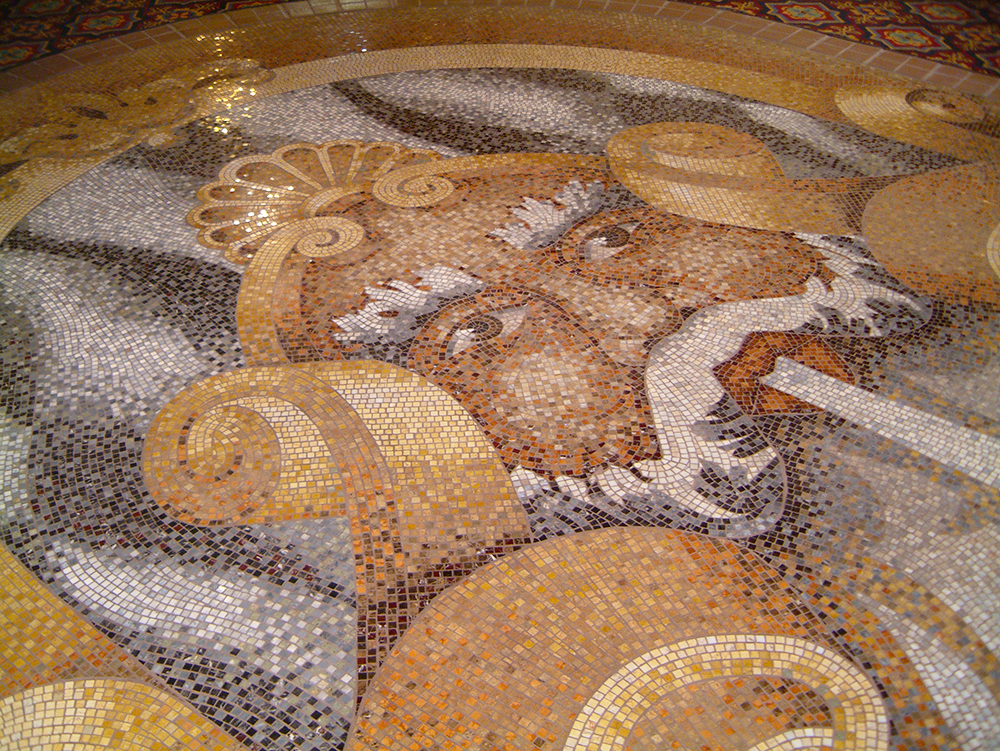 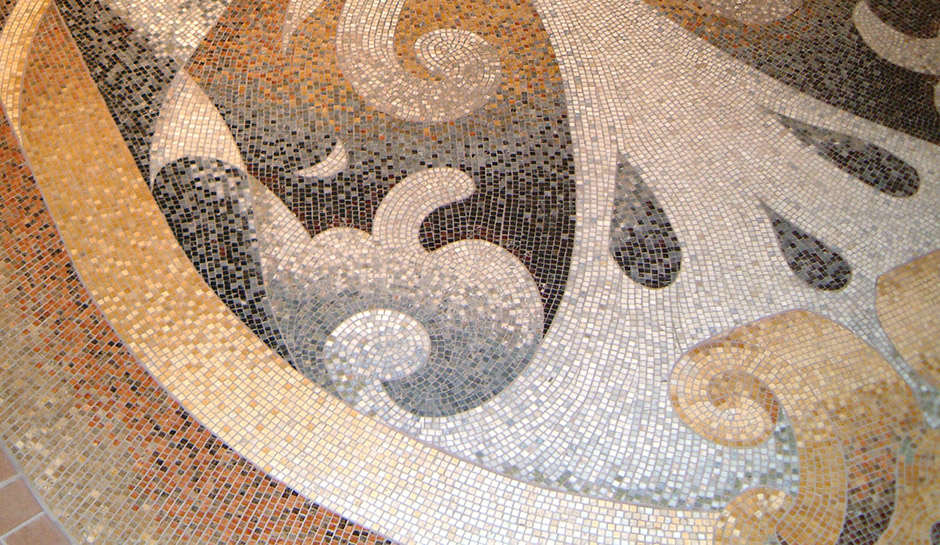