Three tumbled glass smalti mosaics, created as part of a major renovation of the sanctuary and the church, illustrate three of the most significant sacred passages in the congregants’ lives.

Upon entering St. Michael’s Parish, the baptismal font and mosaic floor remind all parishioners of the moment they became a member of the family of God.

At the front of the parish, right below the altar is a mosaic image of St. Michael, the defender of the church. When a casket is placed on this spot at the end of one’s life, the wings of St. Michael become a metaphor for one’s journey and faith in the resurrection.

The third mosaic, placed at the base of the altar, displays iconography associated with the eucharist. This sacred spot marks the place where couples stand in front of each other to recite their marriage vows. 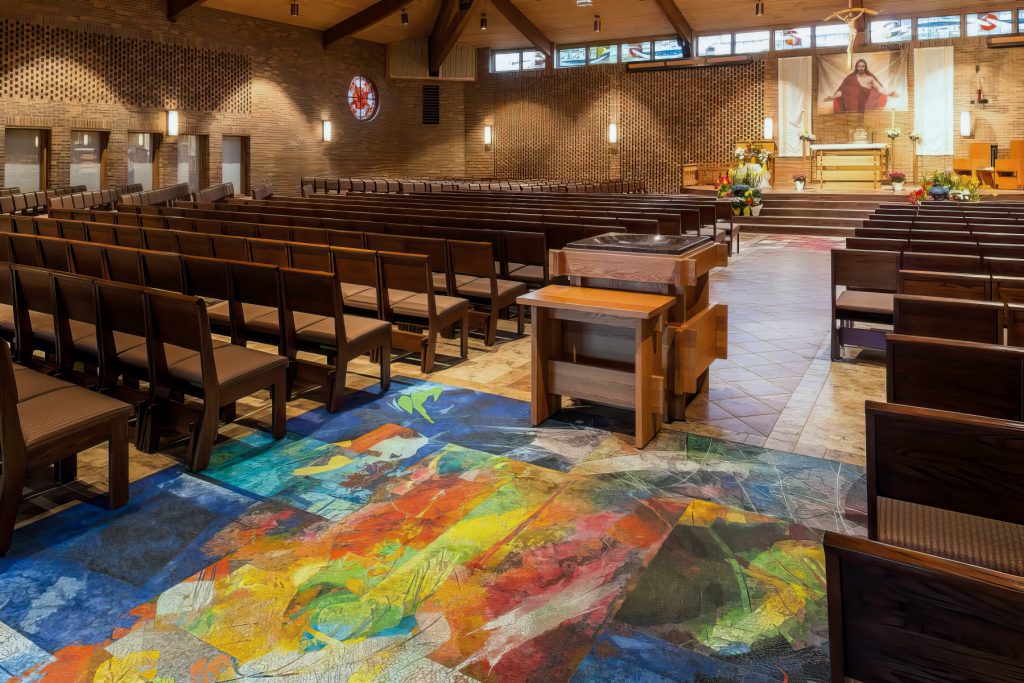 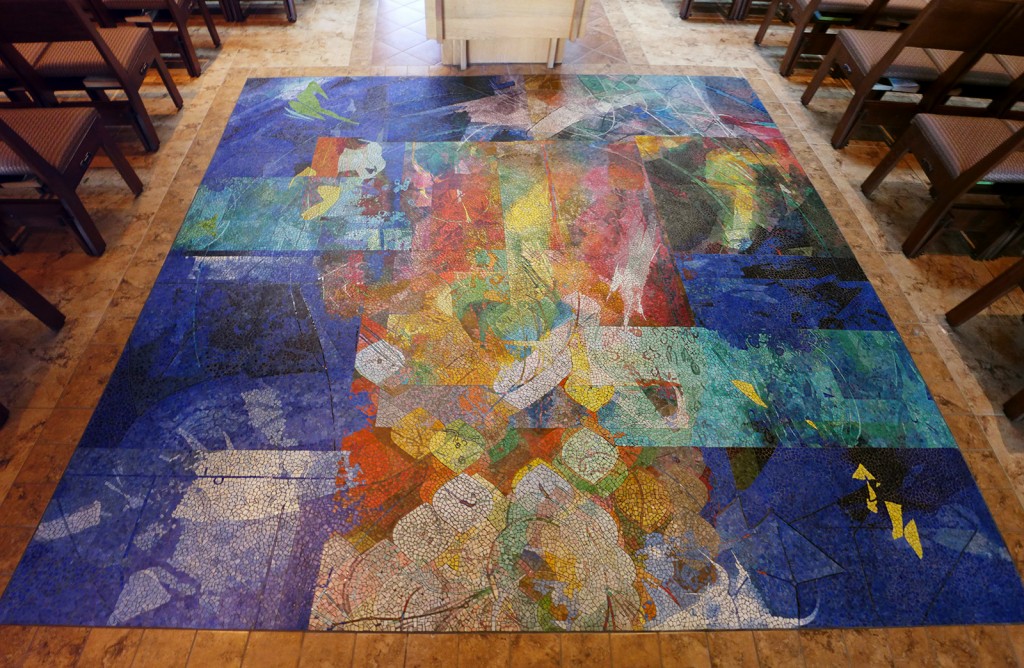 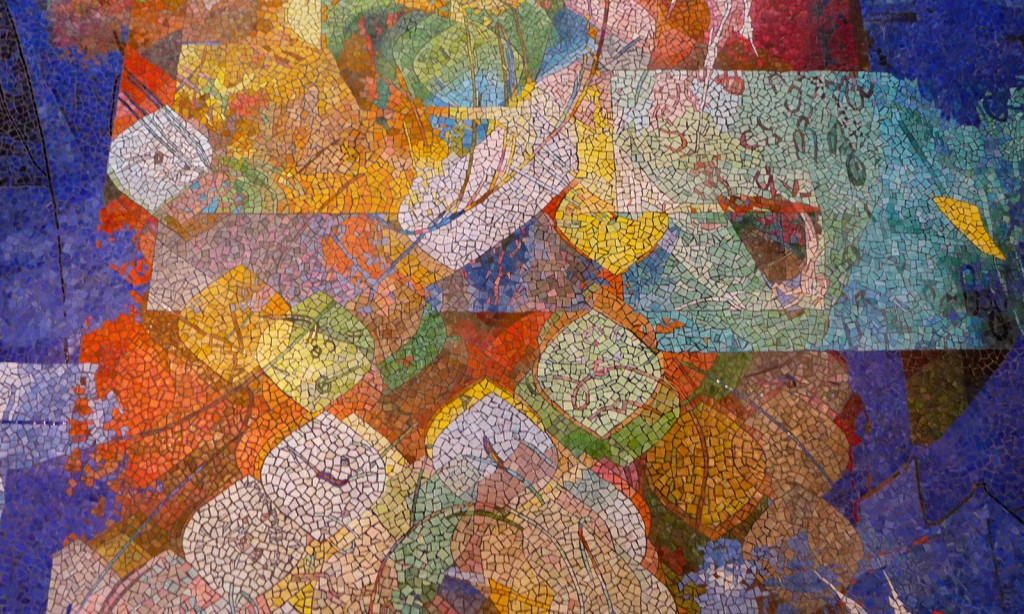 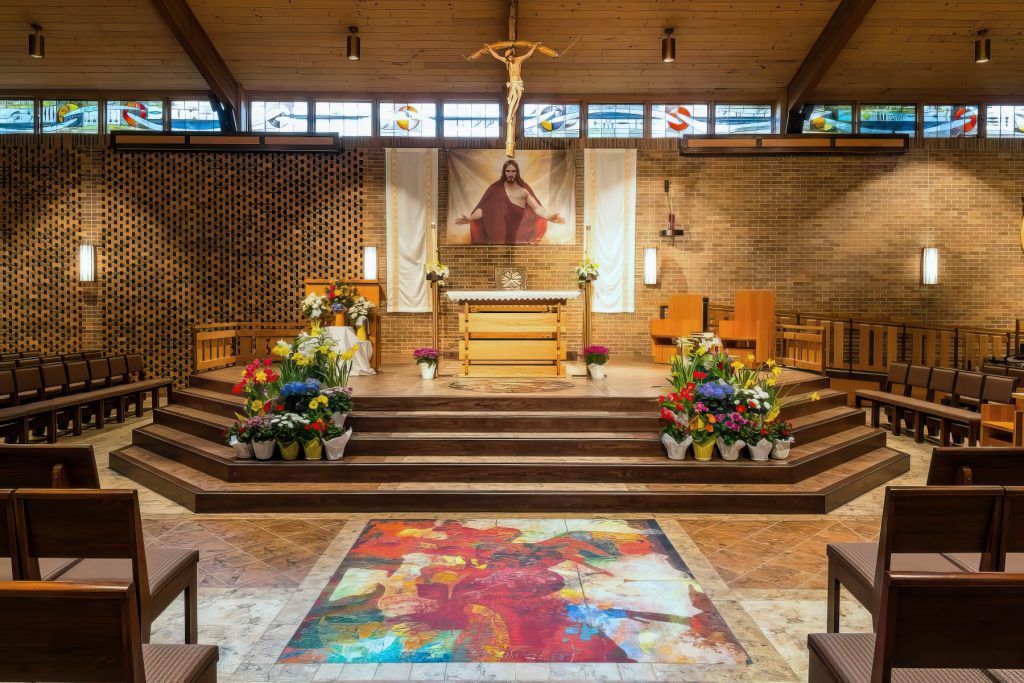 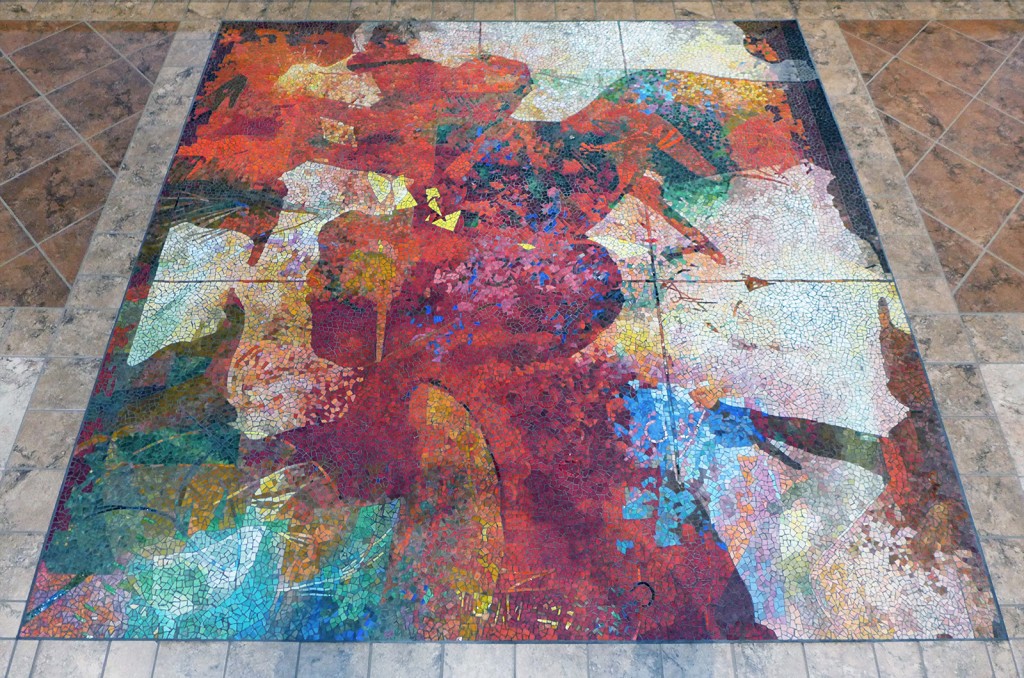 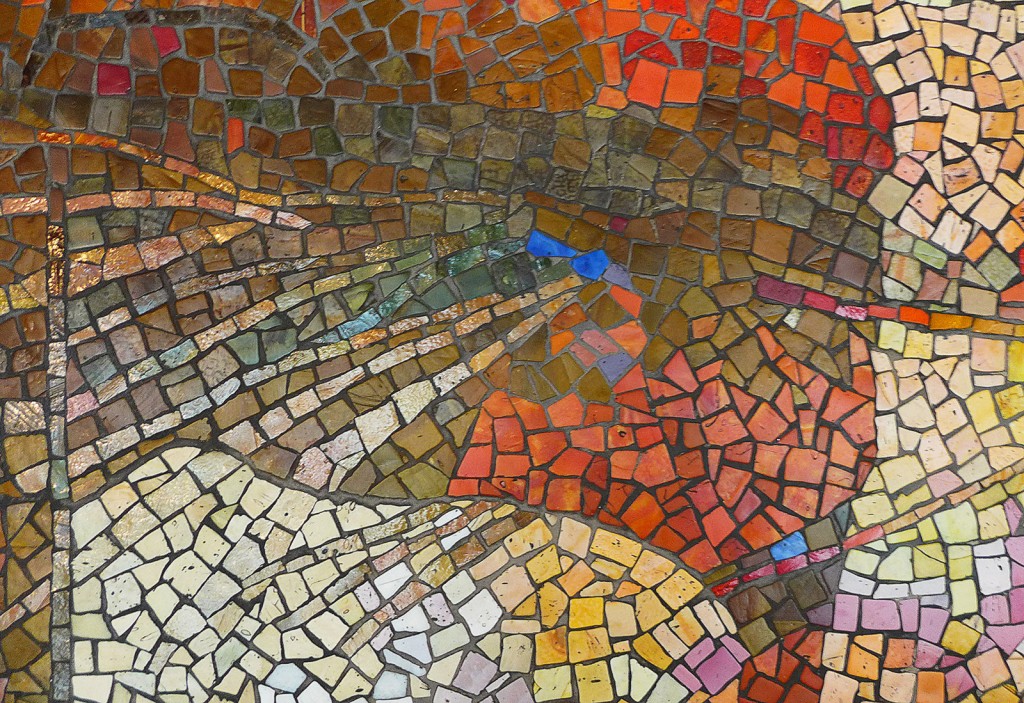 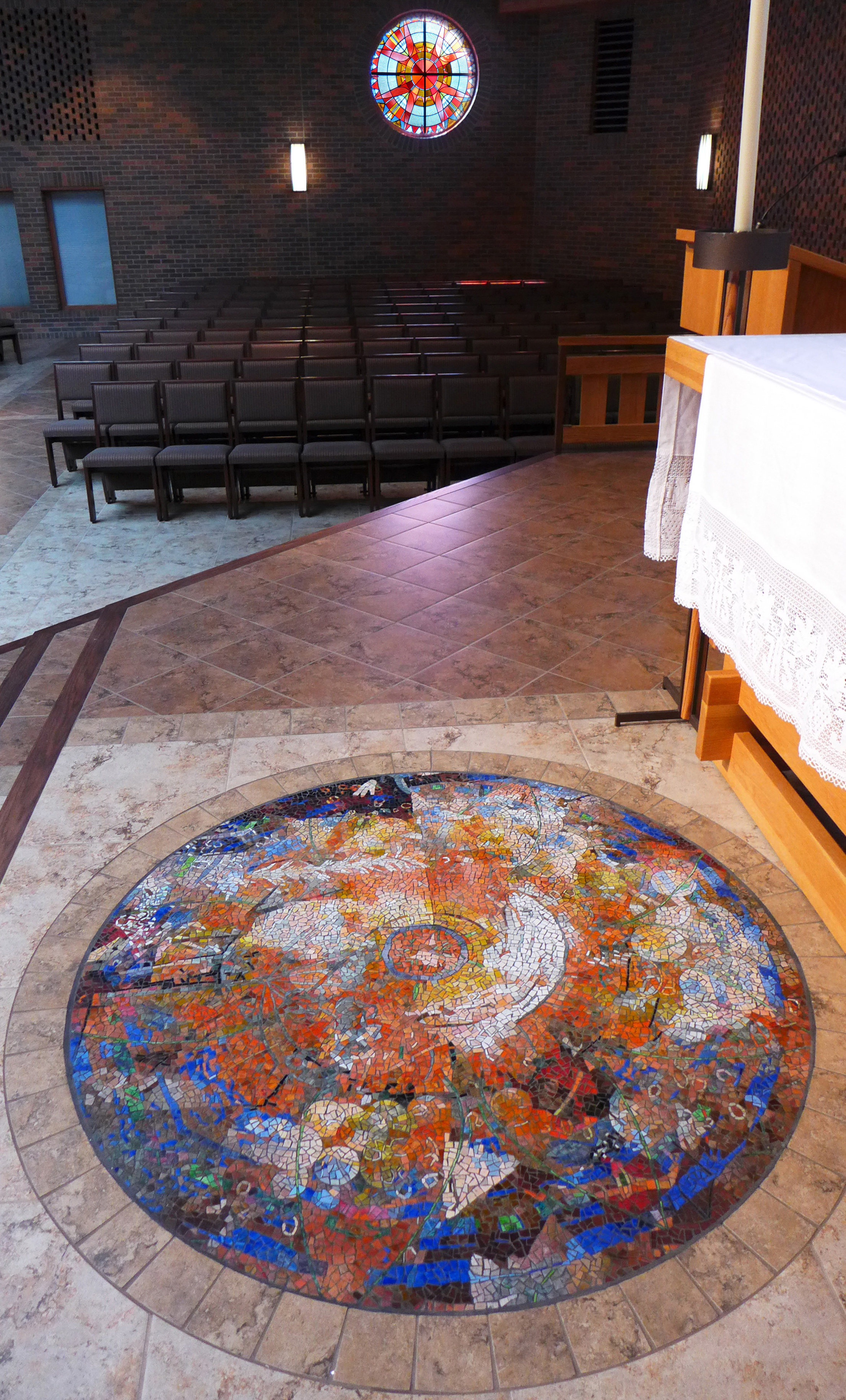 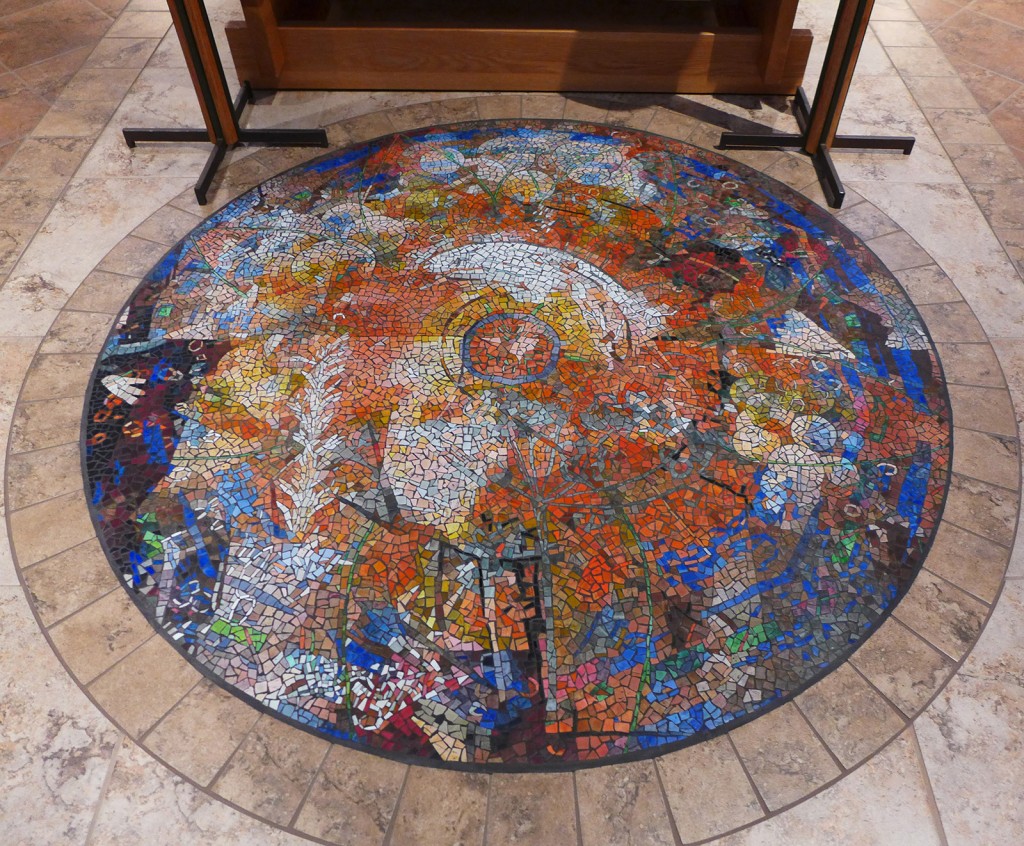 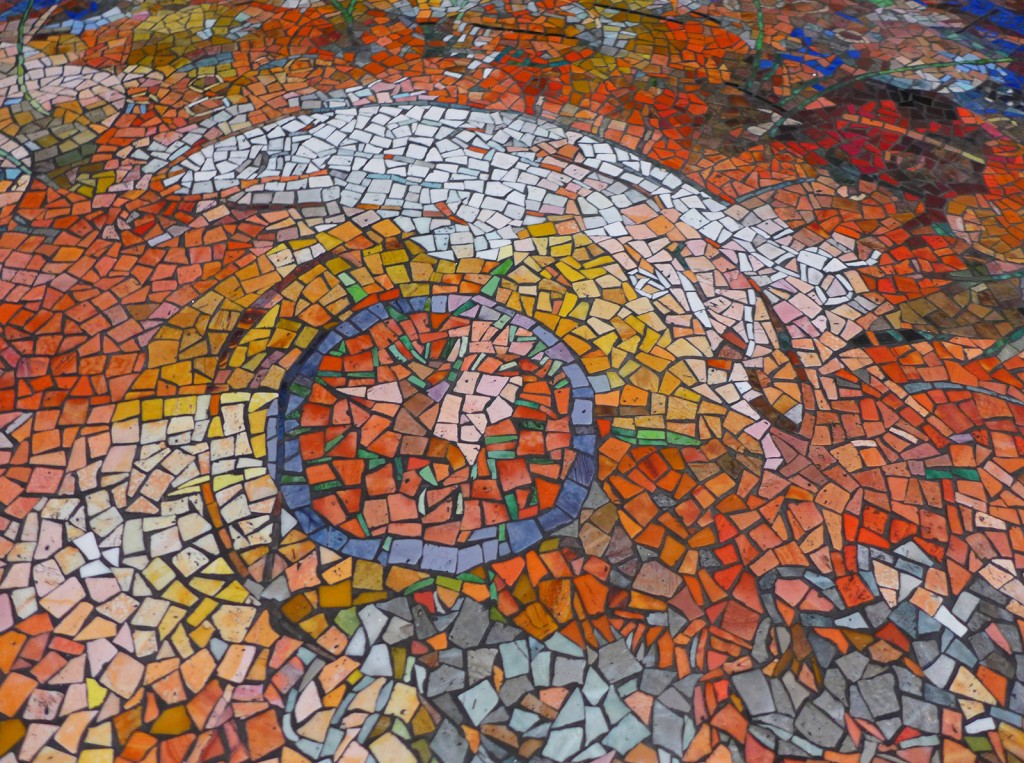 The mosaics proved pivotal in the overall design to bring a traditional sense of a gothic cross floor plan to a church originally constructed “in the round” with a square floor plan.

The Divine Mercy, which includes lilies, two turtle doves, the crown of thorns, and a heart, as well as the Hebrew letters for the unutterable name of God. 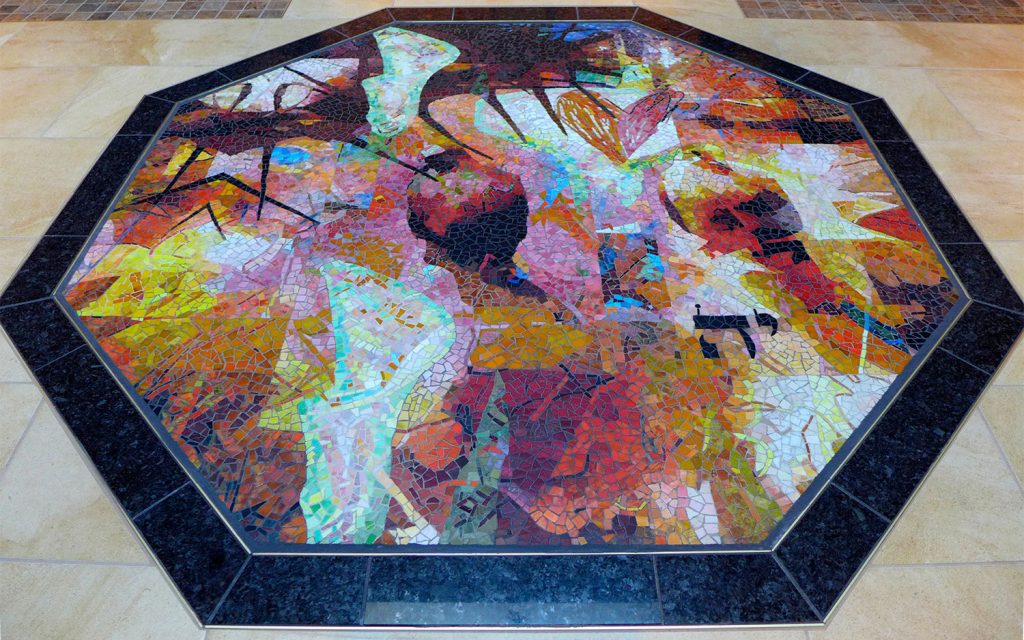 The Chalice and the Cross, the Crux Immissa, recall the sacrament of the Eucharist. This cross repeats throughout the mosaics. 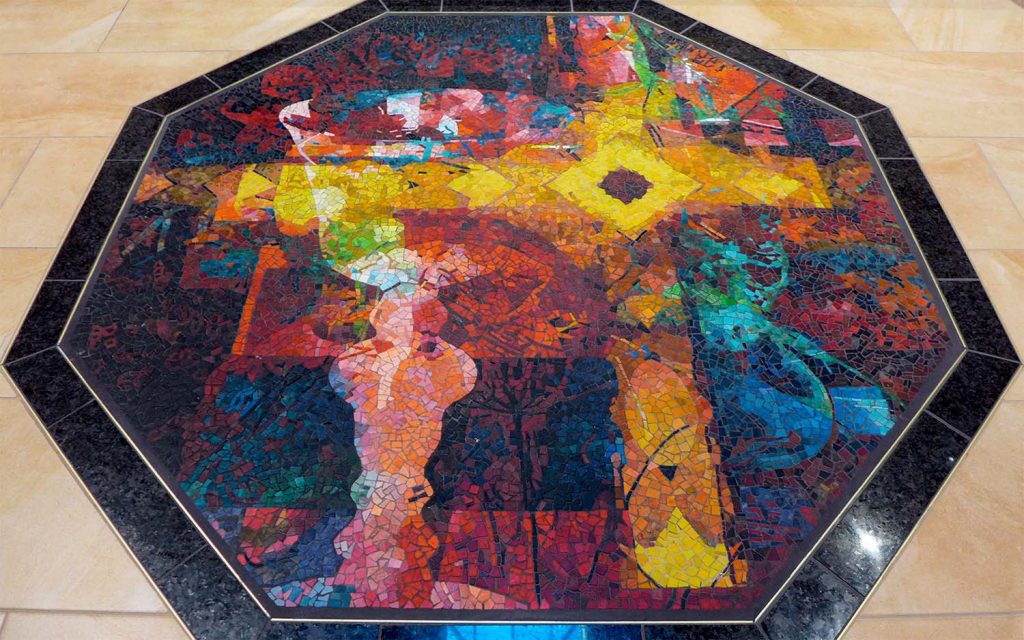 The Pelican is a traditional symbol of atonement in the early Church. The pelican is said to willingly wound herself to feed her young with her own blood. 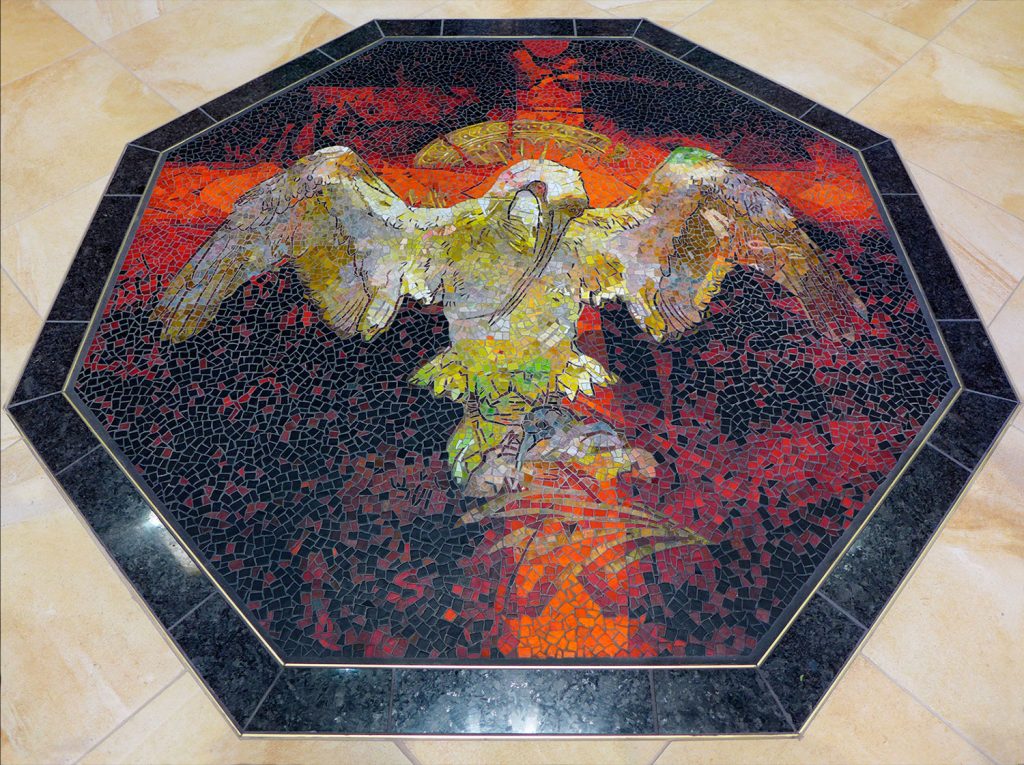 The Loaves and Fishes refer to the miracles of Christ and in particular the feeding of the 5,000+. 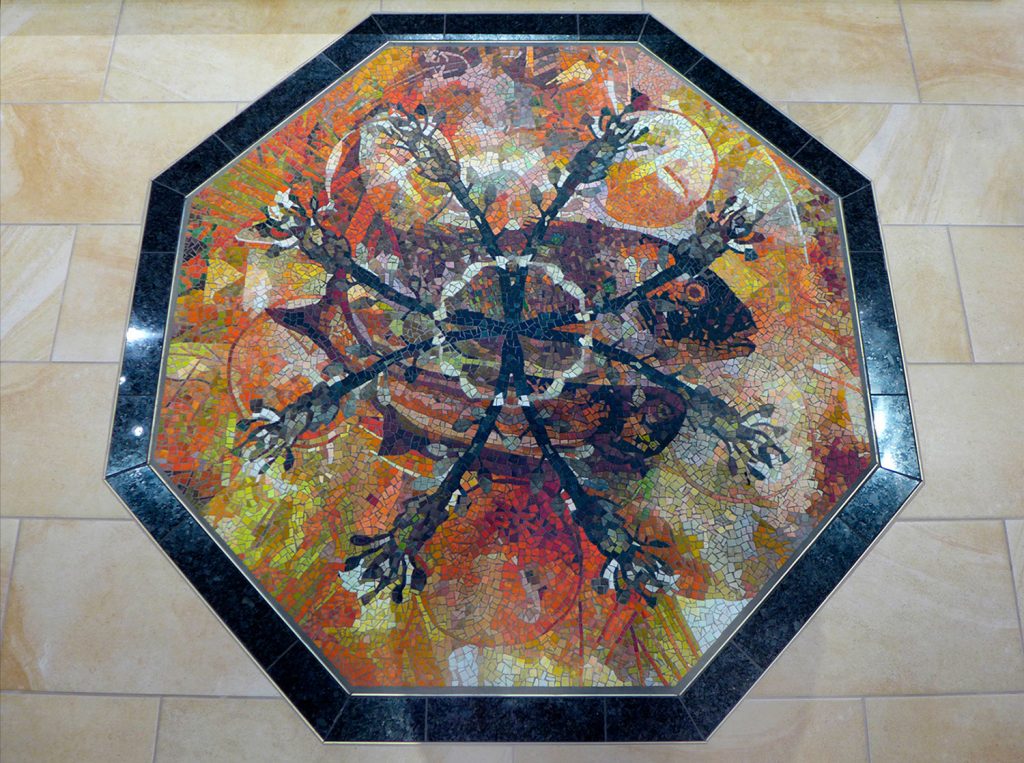 The Lamb is a traditional symbol for the Paschal Lamb and Christ’s followers. 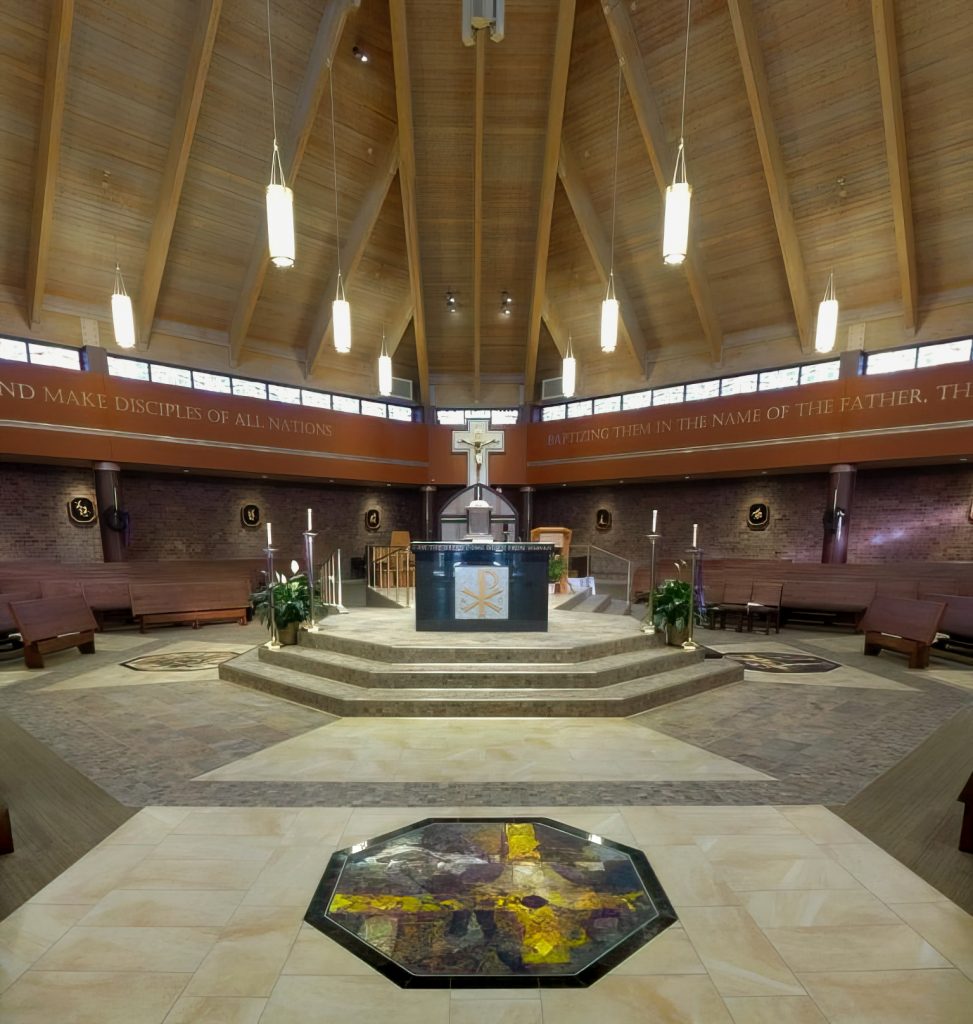