Commissioned by the Los Angeles Metro

The ceramic mosaic tile mural is divided into 13 panels installed along two facing mezzanine walls representing both halves of the park separated by Wilshire Boulevard.

Each artwork contains a black and white tableau centred in a circle contained within a square panel.

The border space between circle and square is glazed in a cement gray colour to represent industrial building materials and includes alternating art deco motifs in the corners.

“I found the story of the park and its fluctuating energy stimulating and intriguing. I developed my concept around the idea that MacArthur Park is an urban oasis. It was my goal to create a public work, which celebrated the 120-year-old history of MacArthur Park and the people who make use of it.”
-Sonia Romero 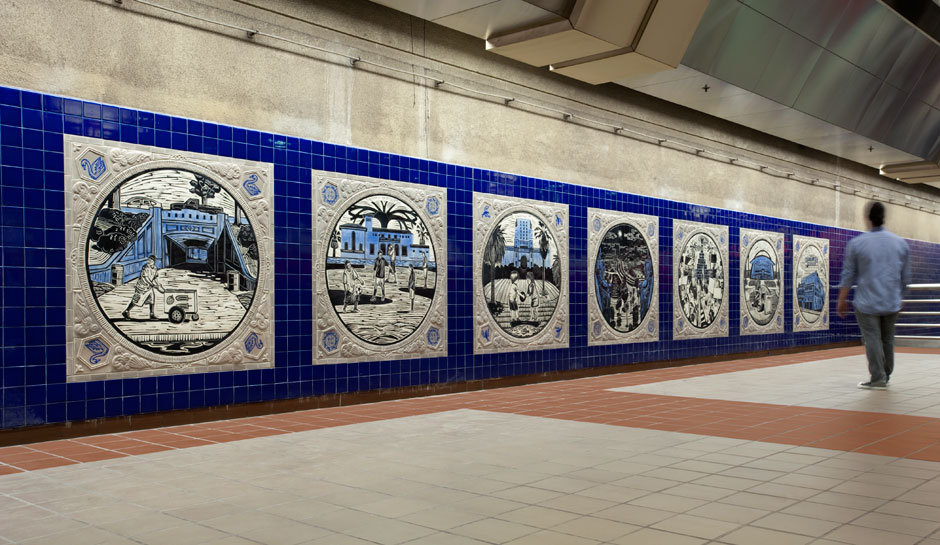 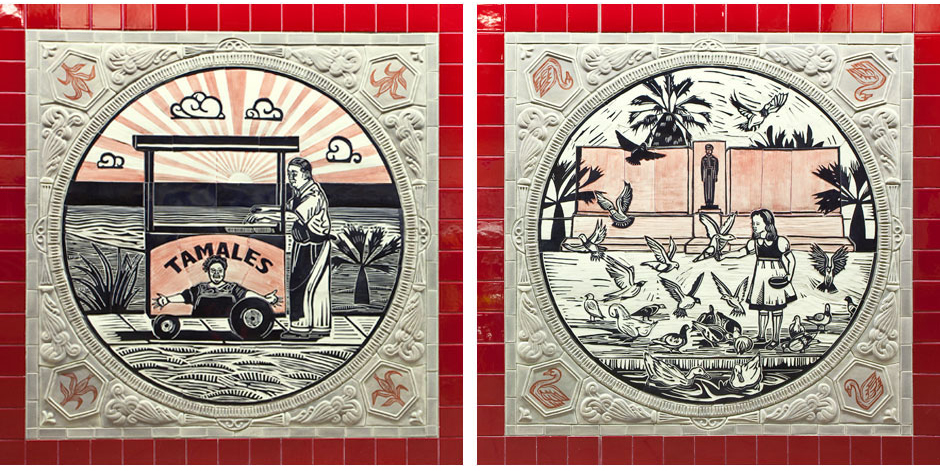 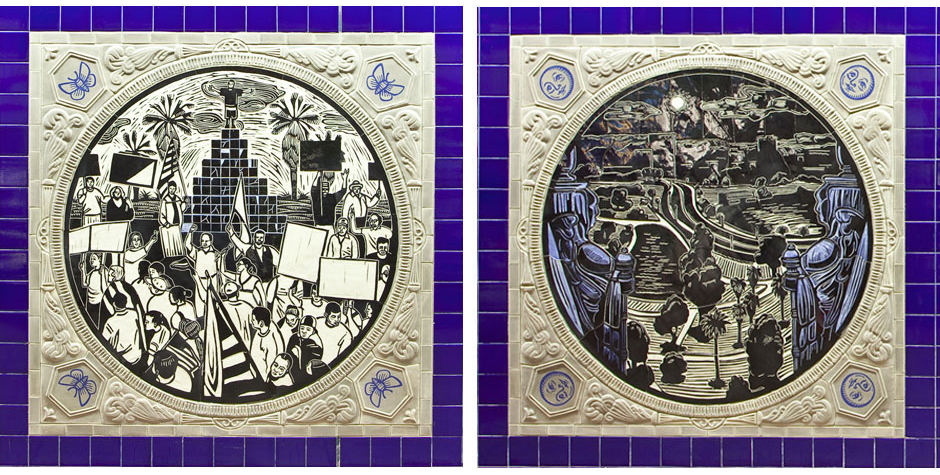 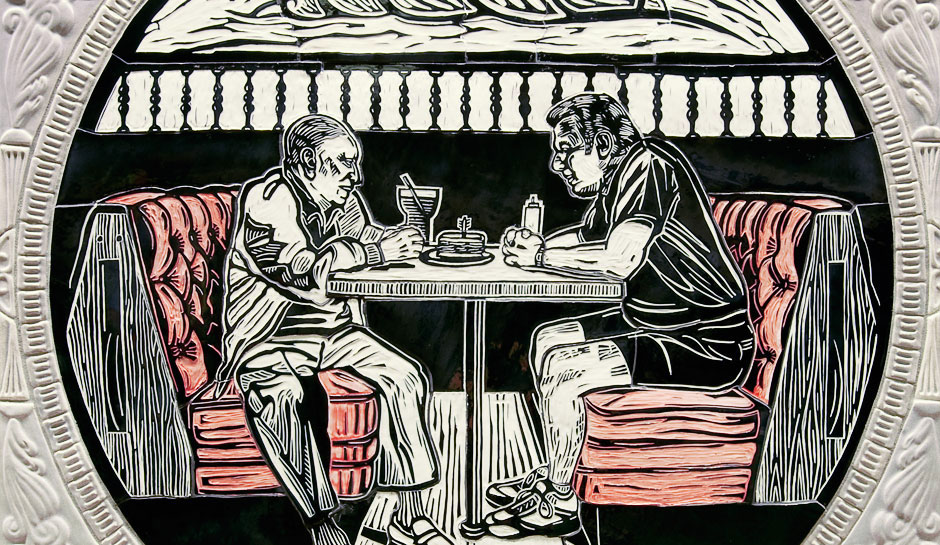 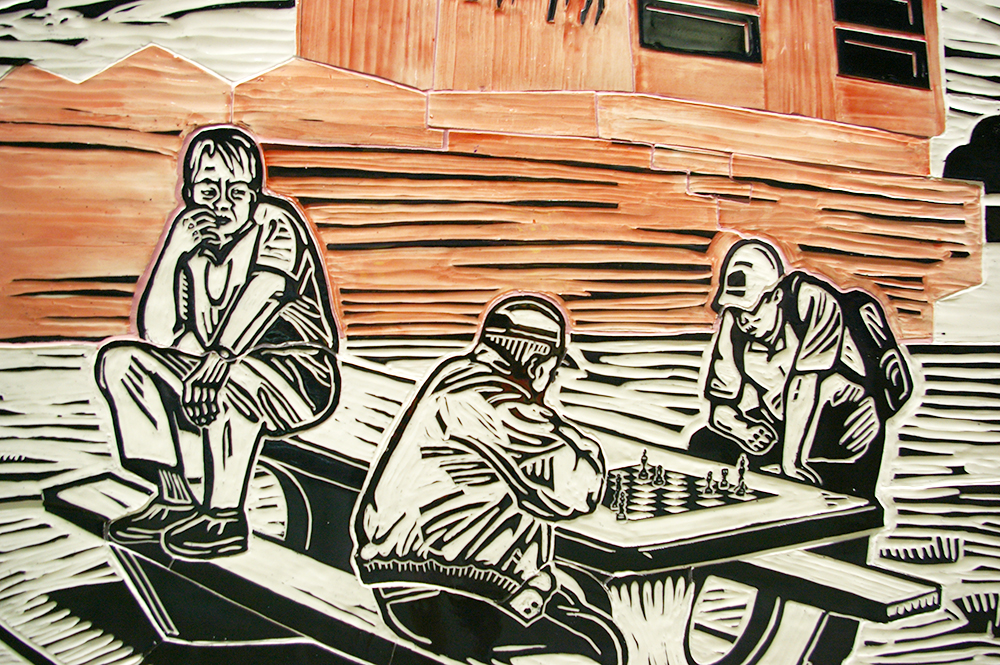 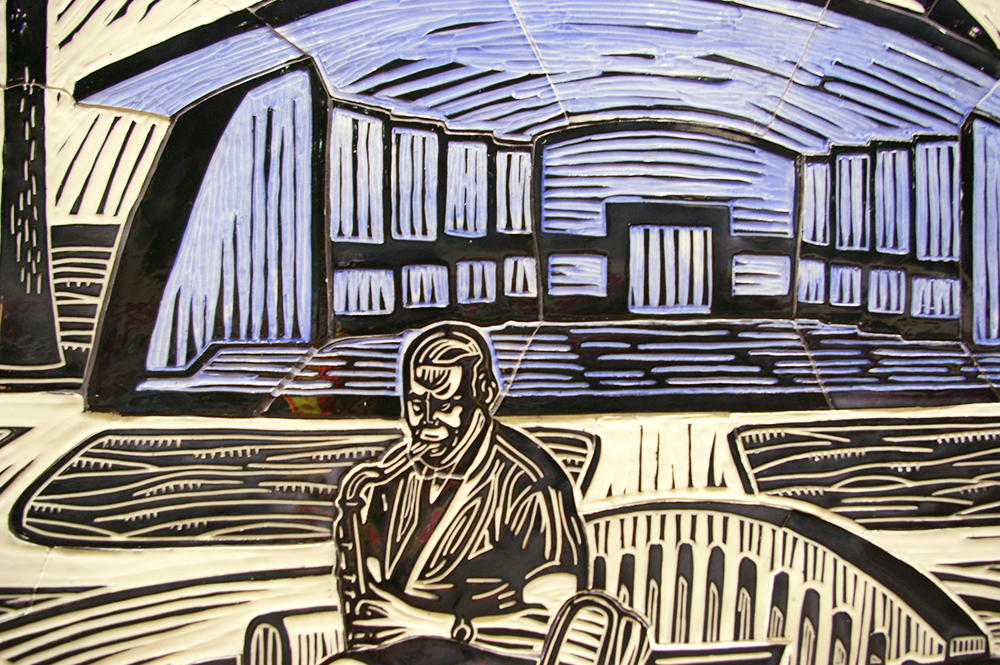 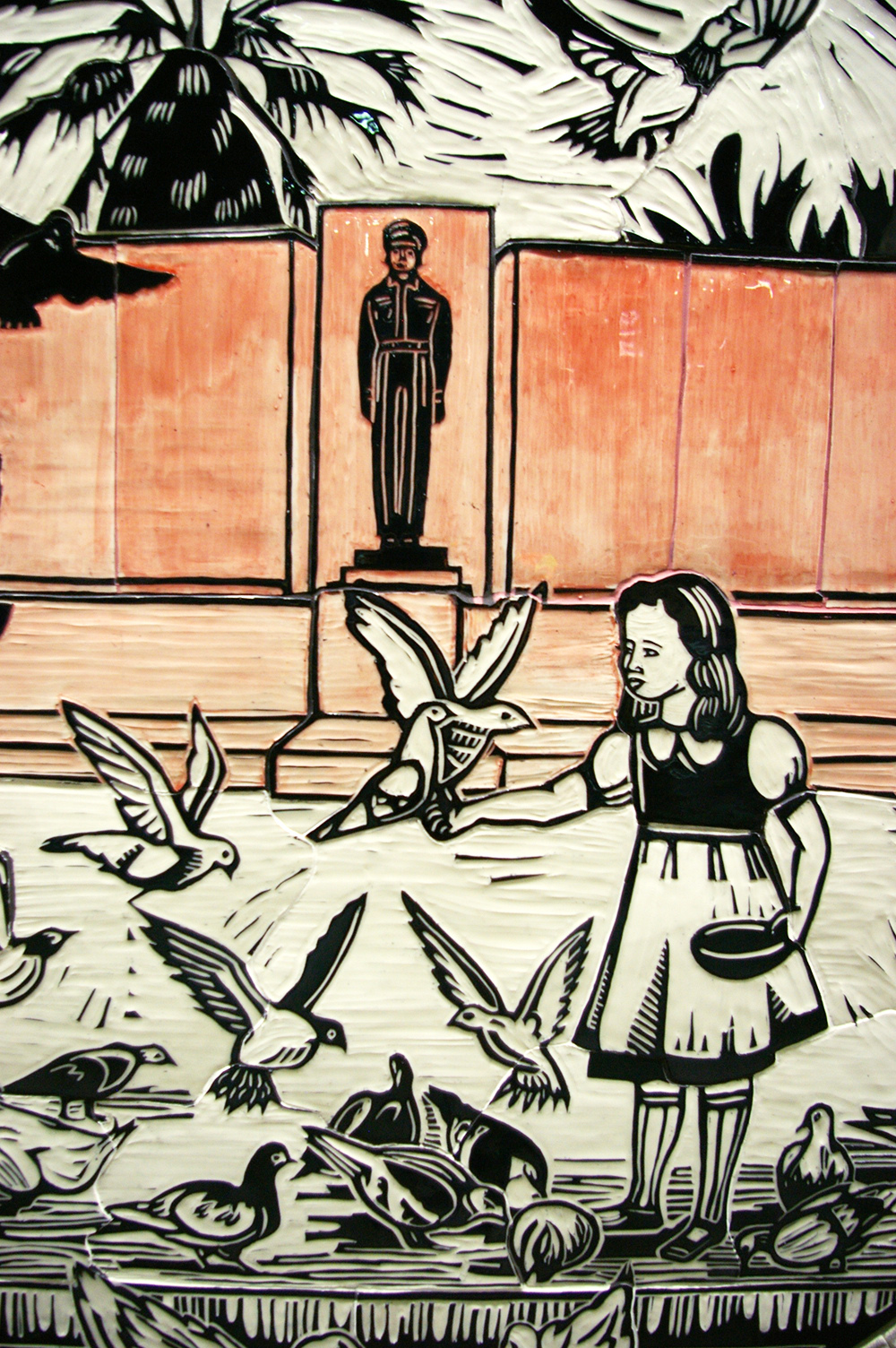