Terry Braunstein’s artwork for the Sun Valley Health Center was inspired by images of the sun drawn from a variety of cultures. The sun images relate both to the name of the community as well as the sun as a symbol of regeneration, warmth and healing.

In this 50″ x 60″ mosaic, an image of two women and two children is depicted walking toward the sun (healing) through an altered 17th Century engraving by Matthus Merian. 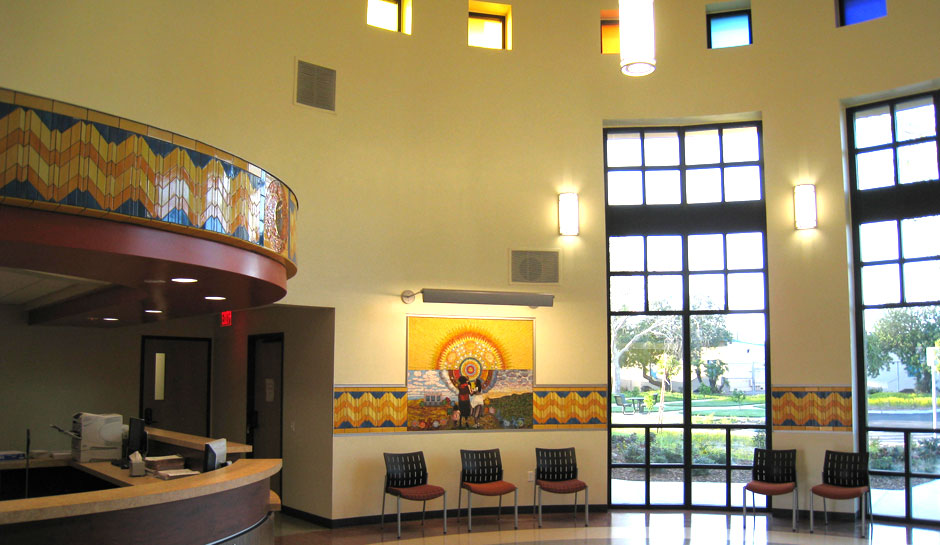 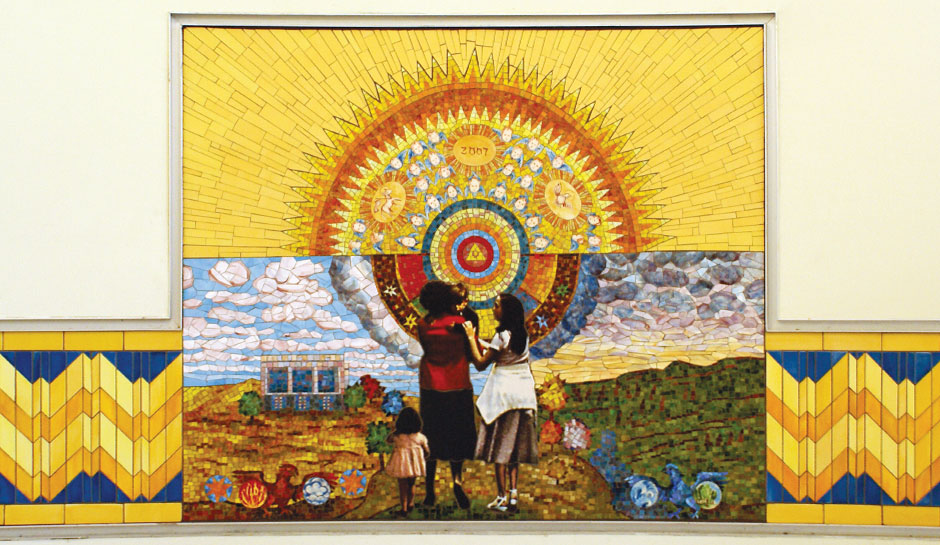 In this 50″ x 50″ mosaic, an image of a little boy is shown hanging from a sun, excerpted from a landscape by Vincent Van Gogh. 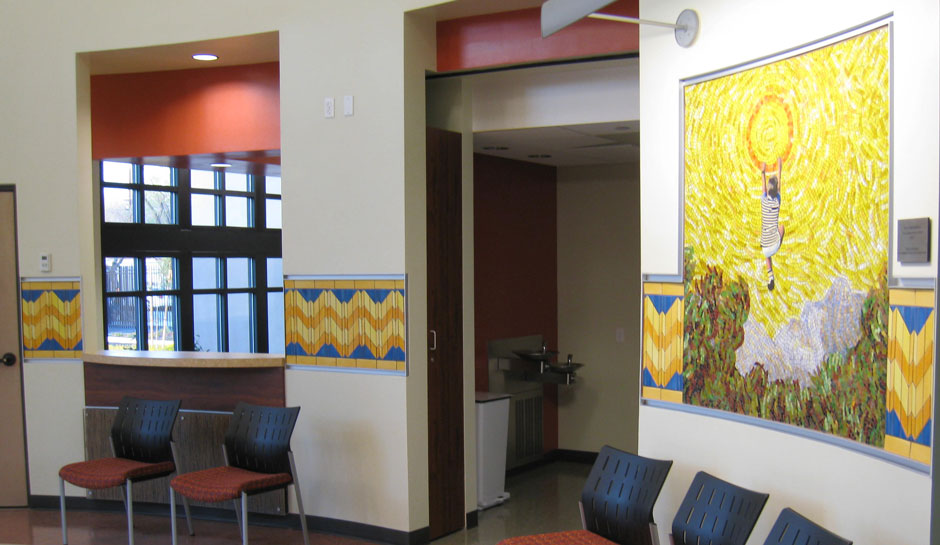 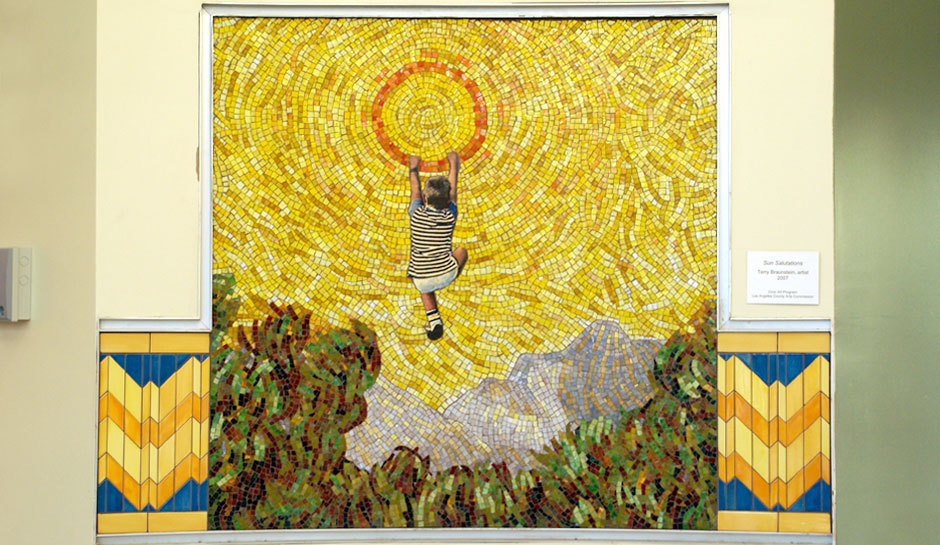 A 72″ x 120″ ceramic mural on the exterior wall above the entryway of the health facility shows a girl and boy, made of photo-transfer tile, within an altered 17th Century manuscript by Trismosin. The boy looks out toward a better future, while the girl collects medicinal herbs for healing. 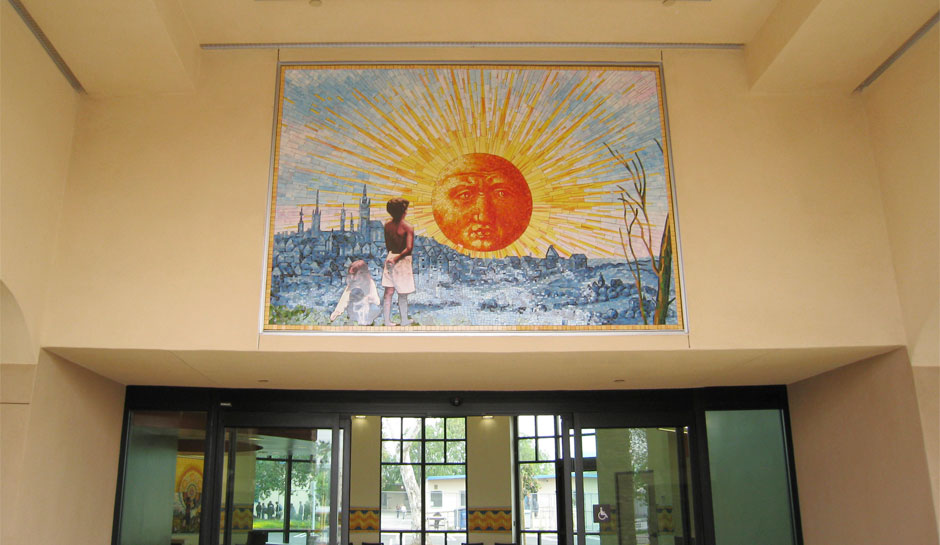 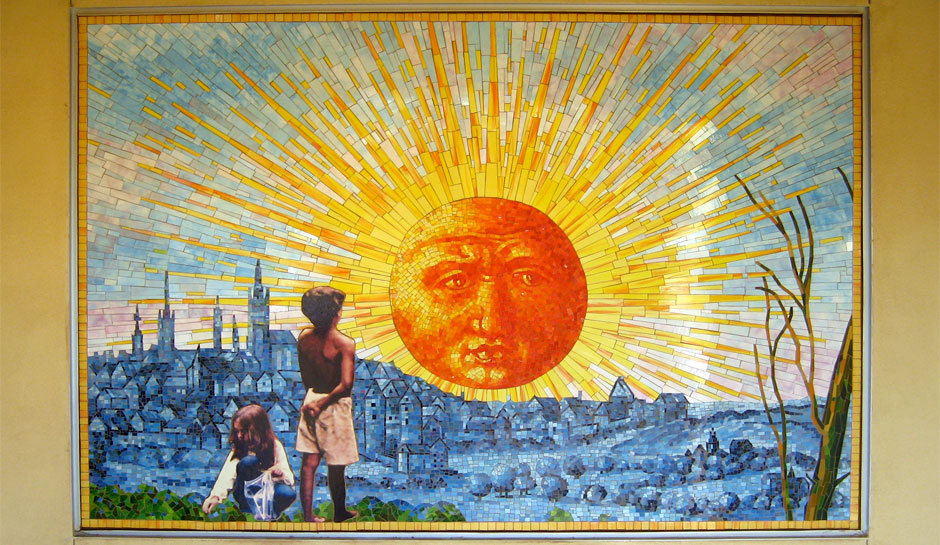 In the smallest mosaic (18″ x 18″), above the reception area, a boy and girl are depicted playing inside the cosmic gateway to Eternity taken from a painting, strongly influenced by the South American Mayan culture, by Thaedra MabraKhan. 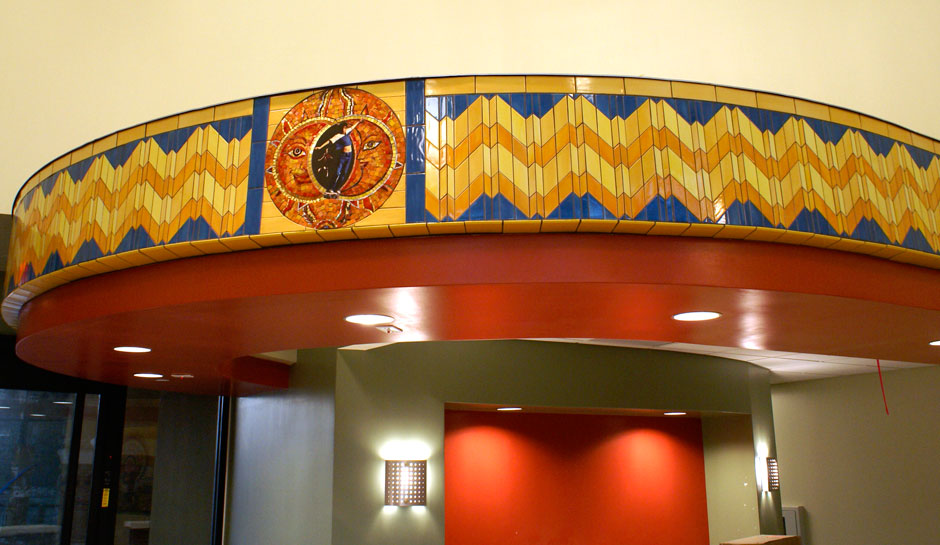 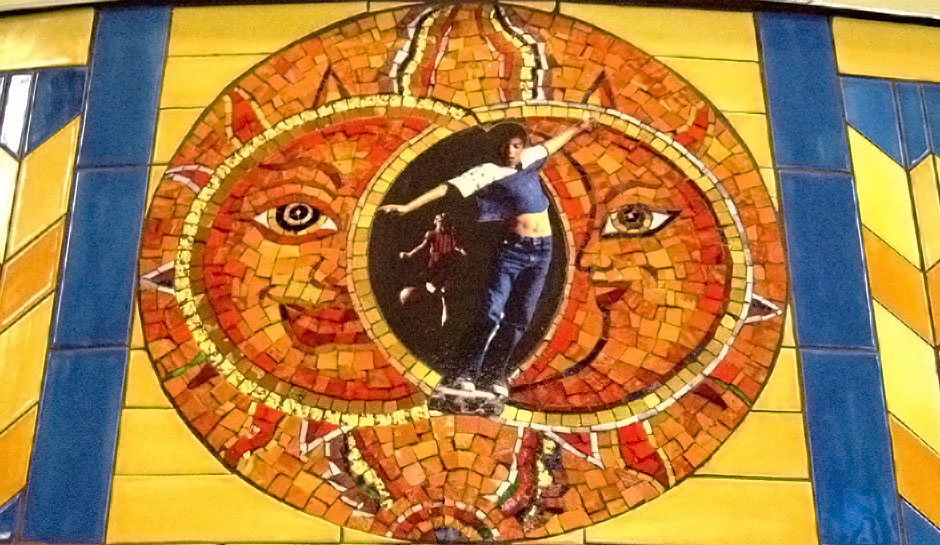 Within the rotunda-shaped waiting room of the building, there is an 18″ high decorative trim, which appears dimensional, of hand-painted ceramic tile, encircling all of its curved walls, including the upper soffit of the reception area.